The Clio Cup makes its long-awaited return to Zandvoort to close out the first half of the season. There will be plenty to race for in this meeting featuring Clio Cup Europe, Clio Cup France and Clio Cup Eastern Europe at the host venue of the Dutch Grand Prix!

The iconic Zandvoort circuit will pose a new challenge for the Clio Cup field. The Dutch track, which returns to the Clio Cup calendar since its renovation, has retained its fundamentals and now features two spectacular banked corners, which will be particularly spectacular with the fifth generation of the Viry-Châtillon-developed model.

Double winner at the previous meeting in Imola, Nicolas Milan (Milan Compétition) heads to Zandvoort atop the Clio Cup Europe classification.  The Frenchman is determined to pull away from his rivals before the summer, but he will have to pay close attention to his challengers, led by teammate Marc Guillot (Milan Compétition). With three podium results so far this year, he is aiming for his first win to take the lead at the one-third point of the season. Jerzy Spinkiewicz (Uniq Racing), David Pouget (GPA Racing) and Anthony Jurado (Milan Compétition), who is ready to bounce back after a difficult weekend in Italy, share the same goal. A three-time title-winner in the Clio Cup Central Europe, Tomáš Pekar (Carpek Service) will rely on his knowledge on the Zandvoort circuit to shake up the hierarchy while Italy's Alessandro Brigatti (Progetto E20 Motorsport) hopes to spring a surprise on his Clio Cup debut.

With three wins in four races in the Challengers Cup, Poland's Jerzy Spinkiewicz will look to extend his lead but Guillaume Maio (GM Sport) and Mathieu Lannepoudenx (Milan Compétition) will do their best to close the gap. Finland's Juuso Panttila (Carpek Services) and Italy's Cristian Ricciardini (Essecorse) will also try to gain positions in the top five, where Jacopo Giuseppe Cimenes (Essecorse), Nikola Miljkovic (Tempo Racing Team) and William Mezzetti (Progetto E20 Motorsport) are also in contention. The progress of Taiwan's Lin Chen Han (Uniq Racing), whose lack of experience could be a non-factor at this new track for many, will also be worth keeping an eye on.

In the Gentlemen Drivers Cup, the battle will intensify between Stephan Polderman (Chefo Sport), Quinto Stefana (Milan Competition) and Rene Steenmetz (Chefo Sport), who are separated by just seven points. At their home circuit, the two Dutchmen will have to be wary of their Italian rival but also of Michel Faye (GM Sport), Luciano Gioia (Essecorse) and Horn (GPA Racing) during this meeting that promises intense battles throughout the field.

Clio Cup France reaches the halfway point of the campaign

Although he is trailing in Clio Cup Europe, David Pouget arrives in Zandvoort at the helm of Clio Cup France. The Frenchman will have a simple goal: increase his lead over his closest pursuer, Nicolas Milan, and the numerous Challengers led by Joran Leneutre (JSB Compétition). A talented single-make cup specialist, Julien Briché (JSB Compétition) will also be a force to be reckoned with for his Clio Cup return after a fifteen-year hiatus!

The battle promises to be breathtaking in the Challengers Cup, where Alexandre Albouy (GPA Racing) is only two points ahead of Joran Leneutre. The two Frenchmen will resume their duel in a field where Léo Jousset (Milan Compétition), Mathieu Lannepoudenx and Jerzy Spinkiewicz will try to get back in the title race. The leaders will also have to beware of Alexandre Finkelstein (GPA Racing), Guillaume Maio and Julien Baziret (Vic'Team).

Marc Guillot, who scored a brace of victories in round one at Magny-Cours, leads Tomáš Pekar by 16 points and Andreas Stucki (Stucki Motorsport) by 28. The hierarchy, however, could be shaken up because the Frenchman, unlike his rivals, has little Zandvoort experience.  In the Challengers Cup, the battle promises to be just as intense. Lin Chen Han will defend his lead against Juuso Panttila and Henrik Seibel (Carpek Sevice), and even more so in the Gentlemen Drivers Cup, where the Dutchmen Stephan Polderman and Rene Steenmetz are on level footing in the classification! 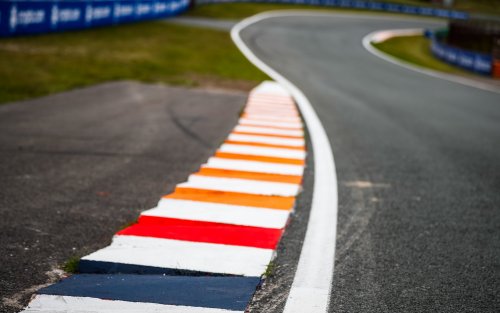